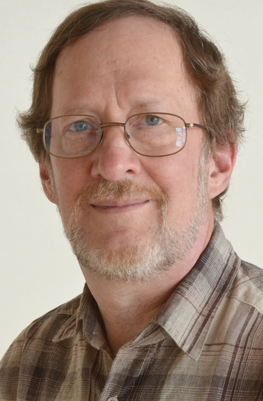 Fred Vultee (PhD, University of Missouri) is an associate professor in the journalism area of the Department of Communication. He teaches news editing, political communication, and content analysis, among other courses. His research looks at media content, media practice, and media effects, particularly in conflicts and crises, and he also coordinates the department’s research lab. His research appears in such journals as Journalism Studies; Media, War & Conflict; the International Journal of Mass Emergencies and Disasters; and the Journal of Media Ethics.

Before attending graduate school at the University of Missouri, Dr. Vultee was an editor at newspapers for 25 years.

I specialize in media framing, content analysis and news practice.

My main area of interest is media framing: both the way frames occur as organizing or storytelling devices in media accounts and the way frames affect media audiences. I study media content, the routines and rules that shape that content, and the audience attitudes that different kinds of content produce. I also coordinate the department's research participant pool.

Vultee, F. (2011). Man-child in the White House: The discursive construction of Barack Obama in reader comments at foxnews.com. Journalism Studies, 13, 54-70.

Vultee, F., and Vultee, D.M. (2011). What we tweet about when we tweet about disasters: The nature and sources of microblog comments during emergencies. International Journal of  Mass Emergencies and Disasters, 29, 221-242.

As graduate director, I chair the departpemt Graduate Committee and work with our doctoral and master's programs. My graduate teaching focuses on political communication and on methods illuminating communication practices and effects.I also teach undergraduate courses in the journalism program, focusing on news presentation and on journalism as a source of public information.

I also serve on one of the campus Institutional Review Boards.

Com3210, news editing: An undergraduate skills course that introduces students to the roles editors play in news content, from grammar to gatekeeping to graphics and on into ethics.

Com5080, history and law of American journalism: An undergraduate/graduate course that looks at how journalism developed in the US alongside the legal system in which it operates

Com5700, political reporting: An undergraduate/graduate course that emphasizes understanding and reporting events and processes that help people make sense of their political lives

Com7010, mass media in conflicts and crises: A graduate seminar examining different theoretical and practical ways of understanding the role media play in fanning or preventing conflicts and in helping the public cope with disasters and other forms of crisis.

Com7580, content analysis: A graduate seminar in the systematic examination of media content-- or any other artifacts of human communication that we can sample, catalog and measure.

Com7700, mass media and political communication: A graduate seminar in the roles played by traditional and social media in the policial process.