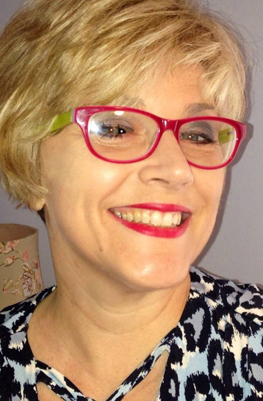 Shelly Najor is director of the undergraduate public relations program at Wayne State University in Detroit. As a faculty member in the Department of Communication at Wayne State since 1990, she has taught public relations, public speaking and professional writing courses at the undergraduate and graduate levels. She also serves as faculty advisor to public relations majors and to the WSU chapter of the Public Relations Student Society of America (PRSSA) who won the bid to co-host the 2008 National PRSSA Conference in Detroit.

Najor was named by the Dean of Students Office as faculty advisor of the year for her work with PRSSA. She won the College Service to Students award in 2012 and the College Teaching award in 2014. She was nominated for the University Teaching Award 2012. In 2014, PRSA Detroit honored her with the Hefty Service Award.

She has many years of competitive public speaking experiences both as a competitor in college and as a coach for the WSU Forensics Team.

While teaching at WSU, she remains active in the field as a freelance public relations counselor for non-profit organizations, small businesses, government and educational institutions. She specializes in speechwriting, speech delivery, communication and crisis training and media relations. She also founded and coached an award-winning junior high forensics team for eight years.

Najor has a PhD and master’s degree in communication and public relations from Wayne State University. She also has her secondary education certification.