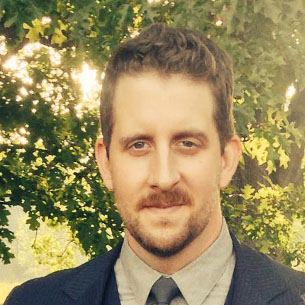 Jason Revoir, 36, has won a campus-wide retention scholarship of $2,800 for his master’s in public relations and organizational communication at Wayne State.

Revoir is in his second year of graduate school, and said he should graduate in spring of 2017.

“I basically said if I wanted to go on with scholarship or doing research and things like that it would be an encouragement for me,” said Revoir. "I wasn’t actually expecting to get it so it was a pleasant surprise."

In addition to his studies, Revoir also has a full-time job as a meter reader for DTE, all while maintaining good grades.

"My wife really supports me," said Revoir. "She gives me a lot of support and allows me to explore things that I’m interested in."

Previously, he studied at Oakland University where he earned a bachelor’s degree in English with a minor in music.

While Revoir said that he doesn’t get a lot of free time, when he does, he relaxes by making music.

"I’ve played in bands; I’ve made about five albums on my own. I used to write and record music and mix it myself on a laptop," said Revoir. "I’ve kinda put that on the side now."

Revoir also said that he loves the welcoming and diverse community at Wayne State.

"Within the past year I’ve had a lot of encouragement which gives you confidence and pursue your interests and feel like you’re going in the right direction," said Revoir.