About the Journalism Institute for Media Diversity

The Journalism Institute for Media Diversity was founded in 1984 as the Journalism Institute for Minorities by the WSU Department of Communication and editors of The Detroit News and the Detroit Free Press. Both newspapers are still key supporters of this official WSU Learning Community, as are other metro Detroit media outlets, as well as corporate, nonprofit, and public communication offices. Students train to become print, broadcast, or new media journalists - and for other media-related enterprises.

Strong, motivated journalism students select Wayne State because it is in the heart of Detroit, a major media market with newsrooms and corporate communication operations just blocks away. Media outlets offer Wayne State students internships and other exposures year-round – including during elections, the auto show, auto races, Movement Festival, and other major city-wide events.

Students and recent alumni have launched their careers in Detroit because they selected Wayne State. In fact, WSU students have been hired while still in school. For example, a rising senior is now entering his fourth year as a reporter at the Detroit Free Press after taking a break to intern for a second summer with the NBC News investigative team based in New York City. He morphed his post-high school experience as a Detroit Free Press Summer Apprentice into a position as an intern his freshman year and has now been hired as a reporter.

As we can see, a career in journalism requires more than just the college degree. It requires the student to be able to accept internships – many of which are unpaid. This professional level of media experience is essential and many rewarding placement opportunities are outside of Detroit. Therefore, the Institute's tuition scholarships allow many students to take advantage of this vital training so that they are qualified for entry level positions upon graduation.

REQUIREMENTS FOR MEMBERSHIP: The Institute provides a strong academic and professional climate for its undergraduate students who meet these requirements.

BENEFITS OF MEMBERSHIP
Journalism majors who are selected for membership receive:

THE JOURNALISM INSTITUTE IS A "BRAND" – NATIONAL INTERNSHIP PLACEMENTS

We are proud to report that over the years Institute members have routinely won spots in national student competitions and have regularly been selected for prestigious national journalism programs, including:

Institute students are also routinely selected for prized spots reporting in the newsrooms at the major national conventions of the National Association of Black Journalists and the Asian American Journalists Association.

JIM is a unique program designed to prepare the best and brightest students for careers in communication. Institute members and graduates have interned and/or been employed with such stellar organizations: 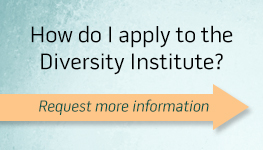