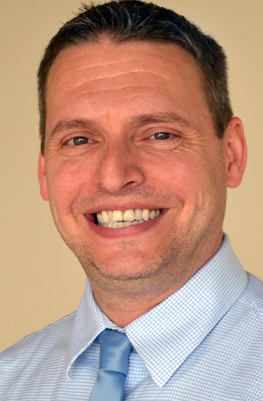 Dr. Stevenson grew up in Michigan and was recruited by his mentor, Distinguished Professor George Ziegelmueller, to attend Wayne State University and become a member of the debate team.  Under George's guidance he was a successful college debater and earned a full-ride fellowship to coach debate and complete his Master's Degree at Baylor University .  After completing his degree at Baylor, Dr. Ziegelmueller encouraged him to return to Wayne State and complete his Doctorate while working with the University's debate team. After finishing his coursework in 2001, he was offered the position of Assistant Director of Forensics at Wayne State.  Upon George's retirement in 2005, he became the Director of Debate.

Quarter-Finalist and Octo-Finalist at the National Debate Tournament.  17th Speaker in the nation in 1995.  Winner of numerous speaker awards and debate tournaments.

Dr. Stevenson works and travels with Wayne State's award winning debate team from August to April. Since 2002 the debate team has consistently ranked in the Top 20 in the country. The debate team regularly competes against (and beats) teams from schools across the country including: Harvard, Berkeley, Emory, Wake Forest, Texas, and University of Michigan.

Dr. Stevenson is also the co-chair of the National Debate Tournament (NDT) District Five Committee and Midwest representative for the American Forensics Association.  His responsibilities include organizing the national qualifying tournament, evaluating pre-bid and second round at large applications to the NDT, and establishing rules for district qualifying tournaments and the NDT.