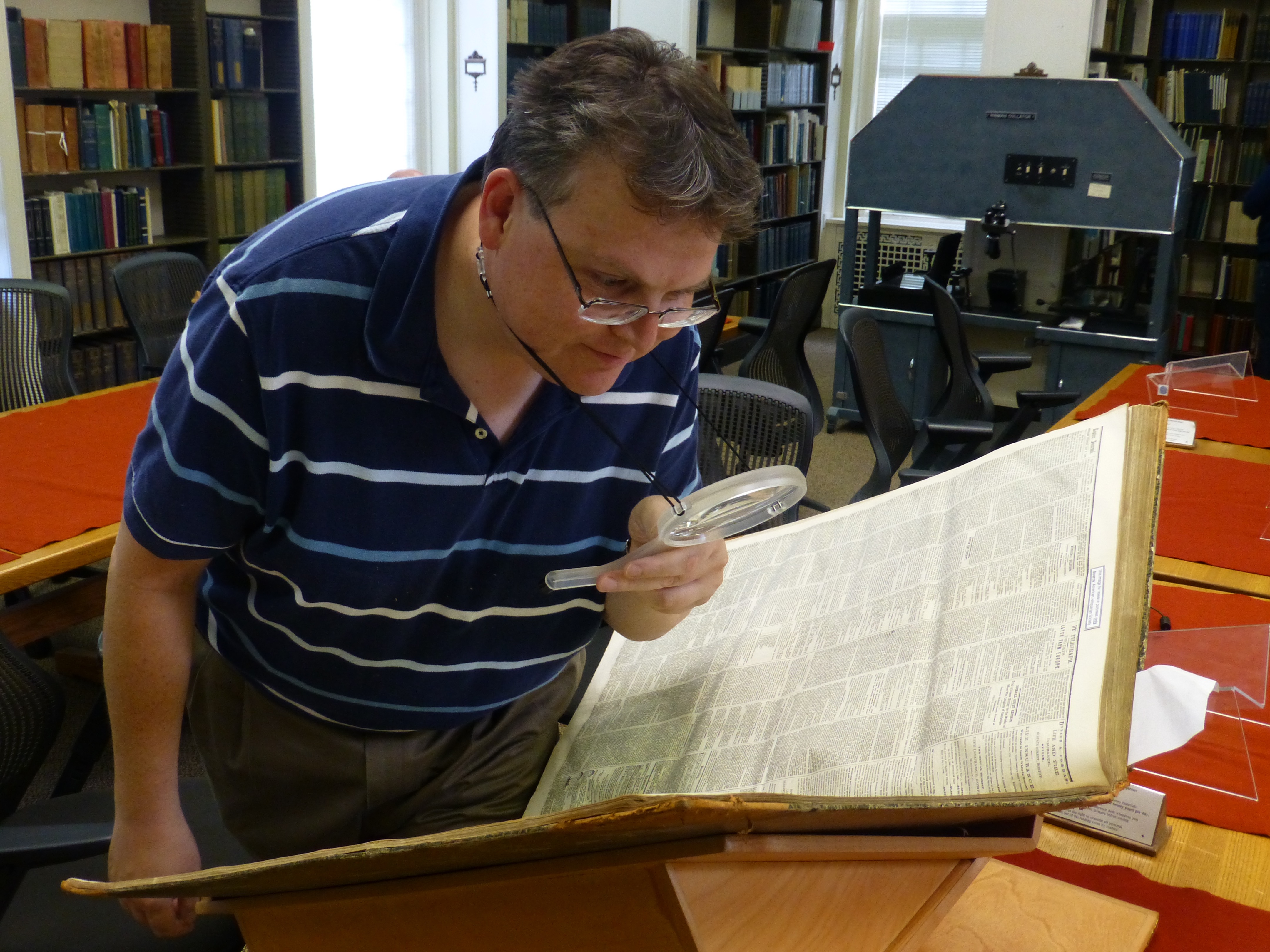 Imagine a world where the Internet didn't exist. Imagine a world where people had to wait days, or even weeks, to get their news. How did news spread over information networks in a time when "going viral" meant a great deal more than sharing the latest fail video to a friend’s social media newsfeed?

Michael Fuhlhage (Ph.D., University of North Carolina at Chapel Hill), assistant professor of journalism at Wayne State, will be researching the answer to that question for the next 18 months thanks to a grant he received from the university.

Currently working out of the American Antiquarian Society in Worchester, Massachusetts, Fuhlhage hopes to create a visual model for how information about secession was shared virally in the months between the election of Abraham Lincoln as president and the secession of the states that would eventually become the Confederate States of America.

Answering this question, Fuhlhage says, will give people an in depth look at reporters' practices and the nature of journalism throughout the country during a time when the future existence of the nation was threatened by the divide between the South and the North over slavery.

"When we talk about something going viral these days, it's a funny cat video on YouTube that took just a few seconds to share. It was a much more laborious practice back then," Fuhlhage said. "This was a time when the AP didn't exist and there were no phones or televisions. How did editors share information and what were their motives?" 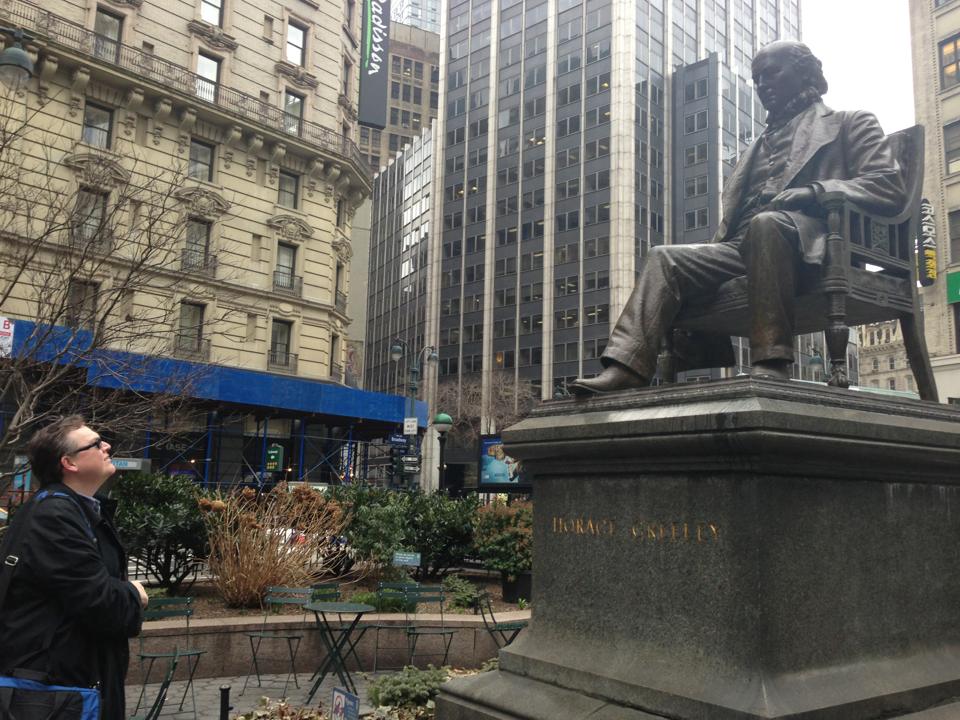 In addition to digging up articles at the American Antiquarian Society, Fuhlhage also plans to make stops at Harvard, the Massachusetts Historical Society, and the Boston Public Library's special collection of manuscripts.

Next year, Fuhlhage will also access manuscripts by newspaper editors and reporters who covered secession at special collections libraries in New York City, the Library of Congress, in Washington, and the National Archives, in College Park, Maryland.

By finding correspondence between editors and reporters in different parts of the country, Fuhlhage believes he can make the connection between newspapers in the South and their counterparts in the North, establishing a framework for a 19th century version of a news wire.

"We have such a vague understanding of how communication networks formed back then. It would be easy to infer that everything was random," Fuhlhage said. "But the more you look at it, seeing the manuscripts of personal correspondence between these editors proves there was more to it than that."

Playing the role of sleuth has come with some challenges, according to Fuhlhage, but he says they're good problems to have. 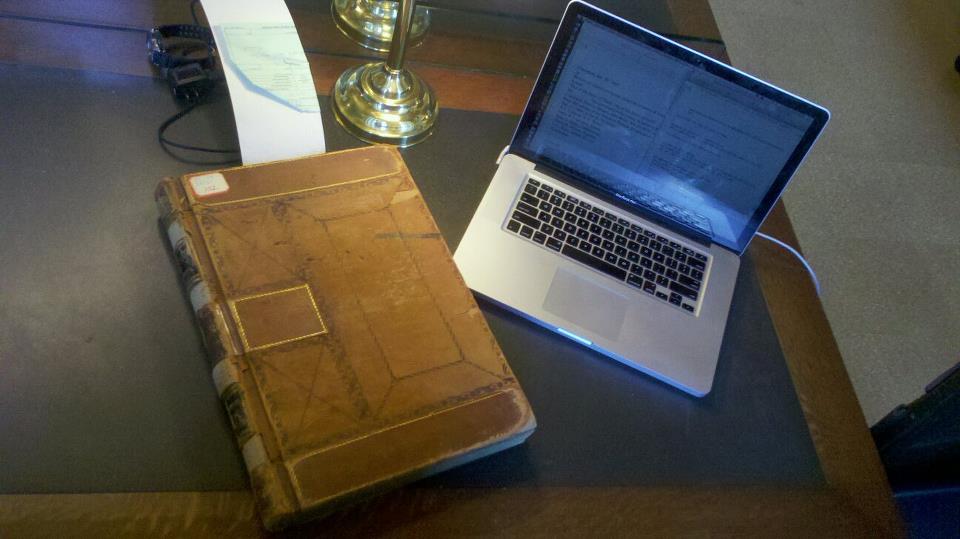 "I'm here looking at the most diverse collection of 19th century papers and magazines in the country. I'm a kid in a candy store, honestly," Fuhlhage said. "It can be difficult trying to not get lost in all of this information."

After gathering all of his primary source material, Fuhlhage, with the help of his graduate students, will transcribe these articles from the secession era (1860-1861) and  enter them into Google Fusion Tables. Together, with information about the articles' origin and how they were spread, Fuhlhage will be able to create a map of how this information flowed during the secession crisis.

"My hope is that this will show us how each node in these communication networks was influenced by things like faith and elements of human character," Fuhlhage said. "I want to understand how we as believers in causes and as practitioners of journalism make the decisions that we do."