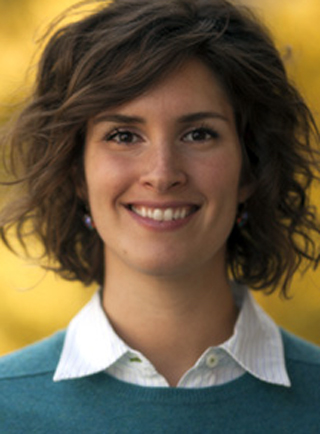 Assistant Professor Kelly Jakes has found a unique way to combine her loves of rhetoric, music, and French culture: her book project, "Strains of Dissent: Popular Music and Everyday Resistance in WWII France, 1940-1945."

"A lot has been written about popular song culture in France during the Revolution and the First World War," Jakes says, "but I found a hole in the literature about French popular music during the Second World War."

Throughout World War II, occupying authorities tried to re-define what it meant to be a French citizen, Jakes says. Her book will be a series of case studies about how different segments of the French population, who were primed to be dissidents at the time, used popular music as a rhetorical resource to see themselves in ways that were different from the re-definition of 'Frenchness' imposed by the Nazis and the Vichy regime.

"The argument of the book is that popular music held unique and well-suited resources out of which people could re-shape what being French meant to them, and resist those radical re-articulations of 'Frenchness,'" Jakes says.

Earlier this year Jakes traveled to France to the port cities of Le Havre in the north and Marseille in the south to research one of the book’s last chapters. The two ports were busy centers through which American GIs traveled, so they had a large GI presence at the end of the war.

"The French were huge jazz fans in the 1940s, but … American jazz was censored by the Germans," Jakes says. "When the GIs came over, the French couldn’t wait to hear all the American jazz from the previous five years."

Many American GIs happened to be musicians in their civilian lives, so they would get together with French musicians and "jam out," Jakes says.

Her interest lies in how these jazz jam sessions were actually sites of political struggle between the French and Americans.

"It was a time of America’s rise as a global superpower, while France was very concerned with recovering its international standing after having been defeated and occupied," Jakes says. "For a time, some French people were worried that the Americans would be another occupying force instead of a liberating force."

More than 70 years have passed since World War II ended in Europe, but Jakes says she found a 96-year-old man in Marseille who was a young jazz musician during the Liberation of France, and played with American musicians at the time.

"There are so few people alive to talk about it," Jakes says. "I’m very grateful that I located him."

Jakes’ previously published article "La France en Chantant: The Rhetorical Construction of French Identity in songs of the Resistance Movement," (Quarterly Journal of Speech 99:3 (2013) 317-340), will appear as a chapter in her new book.