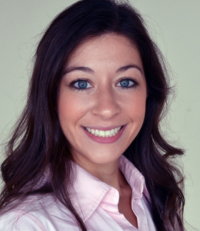 Wayne State journalism and new media professor Elizabeth Stoycheff has a new article out in the latest edition of Journalism and Mass Communication Quarterly. The article, titled “Under Surveillance: Examining Facebook’s Spiral of Silence Effects in the Wake of NSA Internet Monitoring”, dissects how the Spiral of Silence Theory intermingles with government surveillance of online media and how that amalgamation affects civil and political discourse.

Conventional wisdom regarding the spiral of silence shows that when people believe their political views differ from the majority they are less likely to state those beliefs publicly. In her article, Stoycheff examines how that relationship changes when it is shifted into the digital realm. If people know they are being monitored online by the government, will they speak out on important political issues?

By administering an online survey in which participants were exposed to a Facebook post about U.S. airstrikes against ISIS in Iraq and Syria and asked about their willingness to post a comment that might be surveilled by the government, Stoycheff hopes she has helped shed light on this issue. See the abstract of her article below.

Since Edward Snowden exposed the National Security Agency’s use of controversial online surveillance programs in 2013, there has been widespread speculation about the potentially deleterious effects of online government monitoring. This study explores how perceptions and justification of surveillance practices may create a chilling effect on democratic discourse by stifling the expression of minority political views. Using a spiral of silence theoretical framework, knowing one is subject to surveillance and accepting such surveillance as necessary act as moderating agents in the relationship between one’s perceived climate of opinion and willingness to voice opinions online. Theoretical and normative implications are discussed.

How surveillance stifles dissent on the internet

Most people behave differently when they know they’re being watched, a fact that holds both in the real world and online. For many Internet users, the knowledge that their words and actions might be examined by the government leads them to self-censor opinions that they consider outside the mainstream. That’s according to new research from Elizabeth Stoycheff, a journalism professor at Wayne State University. Last week, Stoycheff published a study in Journalism & Mass Communication Quarterly examining whether users would behave differently on social media if they were primed to think about government surveillance first.