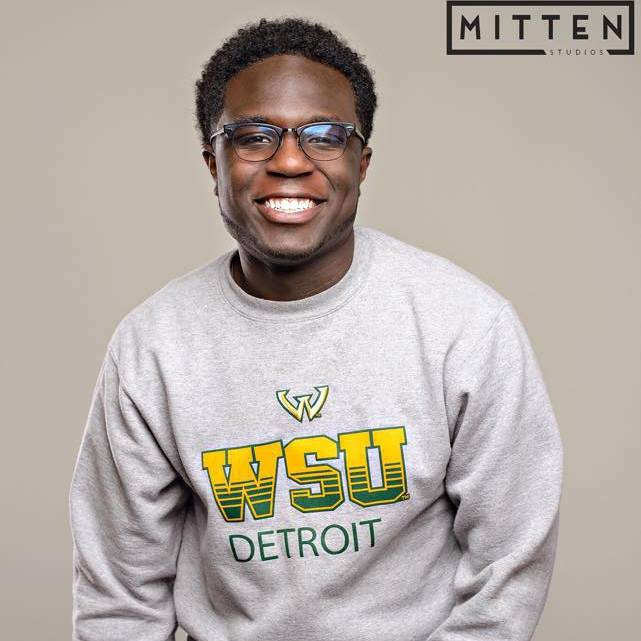 Before Michael Lewis, 20, came to Wayne State University to study broadcast journalism, he interned at the Detroit Free Press.

"DPS, they had a high school journalism program through the Free Press," said Lewis. "It’s now with Crain’s, it’s crazy, cause I now work for Crain’s."

At Crain’s Detroit Business, Lewis is an editorial assistant, but does a variety of writing tasks.

"I probably write on average two and a half stories a day," said Lewis. "Whether it’s a press release or just something comes down the pipe really quick, somebody can’t do, I’m gonna go report on it and write the story."

"My commitment had to change because I’m interning with Crain’s and I’m a little stretched thin so I couldn’t manage the paper," said Lewis. "Now I’m just writing when I can. I still love to do that."

Lewis said it’s hard for him to pick just one story he’s written that is his favorite.

"It’s not really reporting, but I did a movie review on 'Jurassic World,'" said Lewis.  "I did a story about the concern over parking facilities…it’s right when we started to do the WayneStated thing."

"When I interned at the Free Press, I was coming out of high school, I did a story about Mud Day, and I went in a suit," said Lewis. "You can guess how that turned out."

Lewis, currently in his junior year, said his dream job is to be an NFL insider for ESPN, to co-anchor his own debate show on ESPN, or to be the vice president of communications for a brand like Nike.

Lewis is passionate about journalism and communications and loves the variety it presents.

"The thing I don’t like about everything else is that it gets repetitive," said Lewis.

"You’re never gonna report on the same kind of story, everything is gonna have a different angle to it."