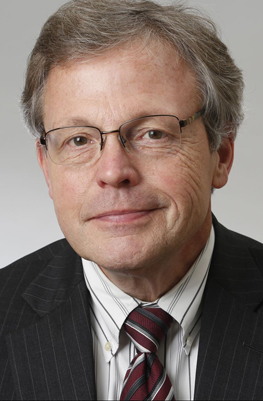 Area Head of Journalism Faculty at Wayne State Jack Lessenberry won first place in the political column category at the annual Association of Alternative Newsmedia (AAN) Awards July 9 in Austin, Texas. This year marks the third time Lessenberry has won the award for his column, Politics & Prejudices, a Detroit Metro Times feature since 1993.

AAN Award finalists were selected from a pool of 821 entries from 70 alternative publications based in the U.S. and Canada.

Lessenberry says he feels humbled by his most recent win.

"Well, it is an extremely nice honor, to be recognized by your peers in this way," Lessenberry says. "This is the third time my column has been recognized as the best in the nation by the AAN and that is sort of amazing, considering all the great publications and journalists out there."

Lessenberry has written for several nationally-renowned publications throughout his career, including The New York Times, Vanity Fair and The Washington Post, but he says writing for an alternative publication affords him editorial freedom not necessarily found in more mainstream news outlets.

"The genre offers me tremendous freedom, both in the language I use and what I choose to write about," Lessenberry says. "Some formerly mainstream newspapers turn their nose up at papers like the Metro Times, but there's a lot less of that these days. The Metro Times has been ahead of the dailies on a number of big stories, and in many cases, alternative papers are doing better both editorially and financially than their more old-fashioned competition."

"I am very proud of the Metro Times and the work I do for them. I have written a weekly column for them since April 1993 and have never missed a week," Lessenberry says.

Lessenberry previously won first place honors at the AAN Awards for his Metro Times work in 2015 and 2012.

In addition to writing Politics and Prejudices and heading up the journalism department at Wayne State, Lessenberry contributes a weekly column to the Toledo Blade (he serves as the paper’s ombudsman as well), Traverse City Record-Eagle, Windsor Star and the online publication Dome Magazine. He is also the senior political analyst for Michigan Public Radio.

Lessenberry was formerly the executive national editor of The Detroit News, during which time he reported from more than 40 countries. He also received a National Emmy Award in 1994 for one of the documentaries he reported on Dr. Jack Kevorkian.