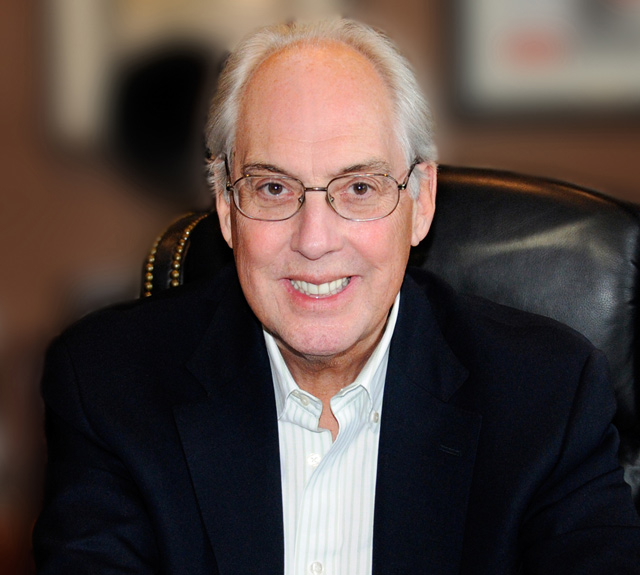 Wayne State University is pleased to announce esteemed alumnus Ed Christian as one of three winners of the Distinguished Alumni Award. Christian, along with the other winners, will be presented the award at the university’s homecoming football game Saturday Oct. 10.

Christian is a Detroit native and has held a variety of communications-based positions since beginning his career in 1958, including running the control board at several stations, news reporting and working in radio sales. Today, Christian serves as Chairman, President and CEO of Saga Communications, Inc.

In 1974, shortly after receiving his B.A. in Mass Communication from Wayne State University (WSU), he was brought in as vice president and general manager to nurse well-known metro Detroit station WNIC AM/FM back to health.  Within three months, they were profitable again and quickly became one of the area’s most influential stations through their innovative programming.

"If you have compelling radio that serves your community, if you have great people, if you treat advertisers with respect, then profits will follow," Christian said.

The Christian Family has a proud history of involvement with WSU. The family has provided gifts of support to the university and Ed is a Charter Society Member of the Anthony Wayne Society. Since graduating from WSU he has also acted as a frequent advisor to the College of Fine, Performing and Communication Arts and has hosted regional alumni events.

In 2009, Christian was honored with the National Association of Broadcasters’ National Radio Award for his service as a national leader for radio and his passion for public service. In 2012, Ed was also honored with the Michigan Association of Broadcasters’ Lifetime Achievement Award. The broadcast publication Radio Ink has called Ed one of the most influential radio executives in the United States. Saga has been regularly elected to the highly selective Forbes’ list of the 200 Best Small Companies in America.

Christian has been an influential figure in communication for more than half a century and an avid supporter of his alma mater.  Through the power of broadcasting, he has extended the public dialogue, provided access to information, created jobs, and enriched communities. This, coupled with his passion for public service evidenced by his involvement with the boards of directors of St. John Hospital, Vision Alliance and the National Auto Immune Related Disease Association, made him an ideal candidate for this year’s Distinguished Alumni Award.