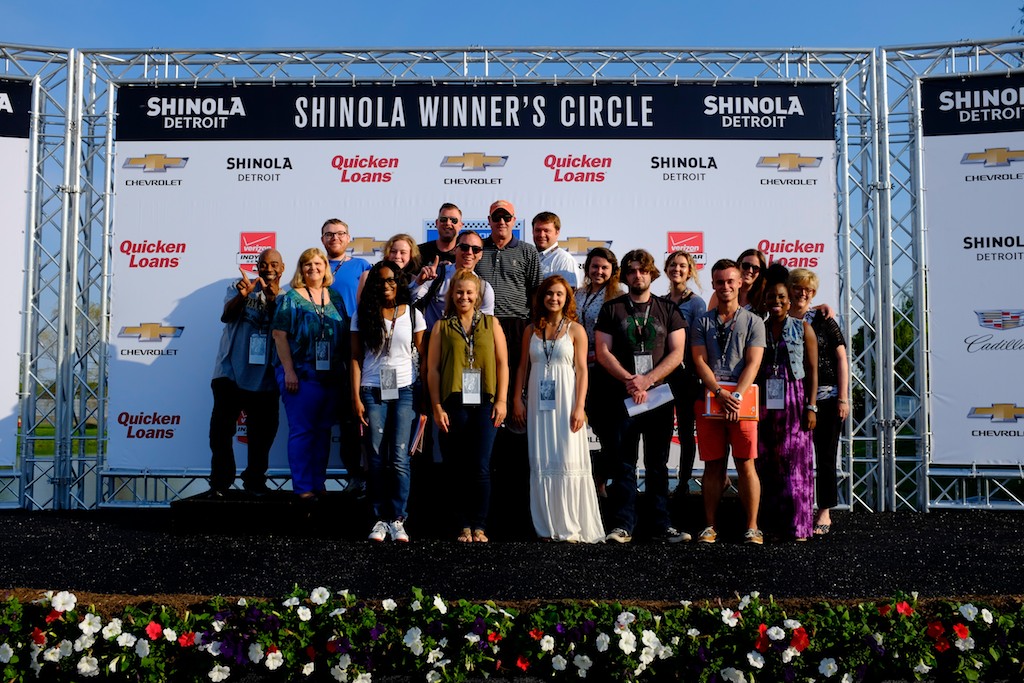 Twitter and Facebook are still buzzing after a group of nearly 20 Wayne State communication students served as the social media team for the 2015 Chevrolet Detroit Belle Isle Grand Prix from May 29-31.

Together, with Alex Fulbright of the Franco Public Relations Group, the Wayne State team provided a unique voice to the event across multiple social platforms, drawing eyes from all corners of the mediasphere.

The two student teams, led by Director of the Undergraduate Public Relations Program Shelly Najor and Broadcast Journalism and Television Production Professor Kim Piper-Aiken, spent the 40-hour weekend updating Facebook pages, vigorously live tweeting every event at the Grand Prix, and shooting videos and interviews to showcase the entire scope of the race.

The two groups started the weekend with clearly defined roles, but once the events began, the students had to marshal their resources to keep up with the pace of events.

"Everybody merged and it became a fantastic team," Piper-Aiken said. "I had a couple of field groups going out and shooting videos, but they also had a production assistant in one of the public relations students to go out and do things like bringing back SD cards to help facilitate keeping this visual juggernaut going."

This digital alliance resulted in instantaneous online content creation, as students were able to leverage all of their resources to upload pictures, videos and interviews in real time. 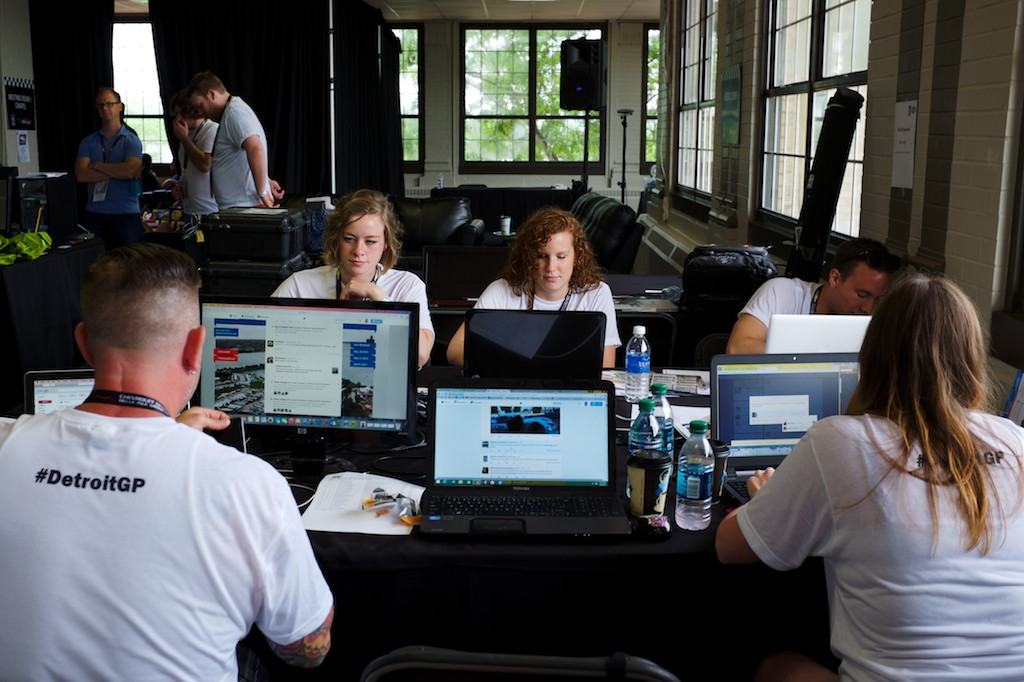 "While Shelly’s students were doing the community management and uploading, my student’s were out there shooting a winner’s circle with a cellphone, sending it immediately so we could get that instant hit on Twitter and Instagram," Piper-Aiken said. "I don’t think we could’ve had a more ideal situation for the students."

Rain was a factor on Sunday May 31, but the students were able to keep fans informed about updated racing schedules, and were able to answer any questions online thanks to their wide-ranging social presence.

"That was probably the most challenging part of this whole process," said Caitlin Genord, junior broadcast journalism major at Wayne State. "It was really intense. More intense than I expected and there was a lot of pressure on us to get great content as fast as possible. We couldn’t let the rain slow us down. We had to make the best out of what we had."

The students who comprised the social media team were compensated with credit for a directed study, but Piper-Aiken says that wasn’t the biggest takeaway from the event.

"We were positioned across the way from international racing journalists. Channel 7 was there, ESPN was there, Race Weekly was there, all of the big papers were there," Piper-Aiken said. "These students were in the trenches working right next to journalists and media professionals from around the world. You’re rarely going to have another experience like that."

Some of the videos shot on race day by the Wayne State team include end of the day wrap ups, such as this Sunday recap: